So it continues to be a strange and slightly surreal time in the world at large, but Folha Verde has felt to us like a a little oasis of productivity, creativity and relative calm (as calm as it can be with 35 children in the same space!).

We’ve had a wonderful range of projects and offerings going on, with some great input from parents – Tamzin’s beautiful day of dancing with the autumn leaves, Lotte and Nienke’s drama session, Kin sharing some knot-tying skills, Beth helping children to make some beautiful clay creations and Roshnii guiding us in the making of some ink mono-printed cards.

There have also been some lovely offerings from people from the wider community. Juli and Marton led a magical musical procession around Folha Verde land, with flutes from around the world and other instruments.

Sasha, an architect and resident at the nearby Awakened Life Project, came to talk to children about design and shapes giving strength in structures, including the opportunity for children to make their own structures from toothpicks and plasticine. Sasha will be coming back to Folha Verde to work with children to make a climbing structure for the project. A team of children are communicating with her about what wood we have available here so we can start to make plans next time she comes.

Thanks also to Richie, who facilitated a projects session on making strong structures from cana, with children working in small groups to see who could produce structures strong enough to support heavy rocks.

Projects sessions have also been wonderful gatherings of creative hands making beautiful items to sell to raise money for Folha Verde. In the absence of markets, we hope to put some of our creations up for sale on the new ‘Made in Benfeita’ group on Benfeita Noticeboard on Facebook.

Jardim have also been going on weekly walks to the adventure playground in the valley, giving all the little ones a bit of extra exercise and a change of scenery during the Folha Verde week, as well as a visit to see the new baby lambs in the valley.

Older children have settled into their small learning groups, spending time with different facilitators to support them for different subjects. Some of the older children are also doing further study sessions in our ‘projects’ and ‘offerings’ sessions, exploring other subjects such as French (supported by Ines and soon a new volunteer Julien), as well as ‘Scratch’, an IT project being led by Surya. Thanks also to Ricardo who has been coming in to help support older children once a fortnight with their science studies.

Some of the older children spent time making the small outside cafe – used for play by Jardim children – a more beautiful and better equipped structure, giving them some good practice in creative carpentry. Jardim thanked those involved with a special cake ceremony and with a delicious cake they had baked.

We had a Halloween celebration day in October, with fun games including seeing who could eat an apple dangling on a string with their hands behind their back, pumpkin carving to create mini lanterns, dressing up and face painting.

We’ve been lucky enough to have Tiago, the lovely photographer who worked on the Wildlings project, floating around Folha Verde capturing beautiful and magical moments. We are using some of them to make a Folha Verde 2021 calendar – coming soon!

These weeks since our return from the summer break seem to have passed quickly and before we know it it will be our winter break. We’ll write again next term – when hopefully this blog will be written and produced by some of the kids themselves! Thanks to everyone who has contributed to another good few weeks at Folha Verde. 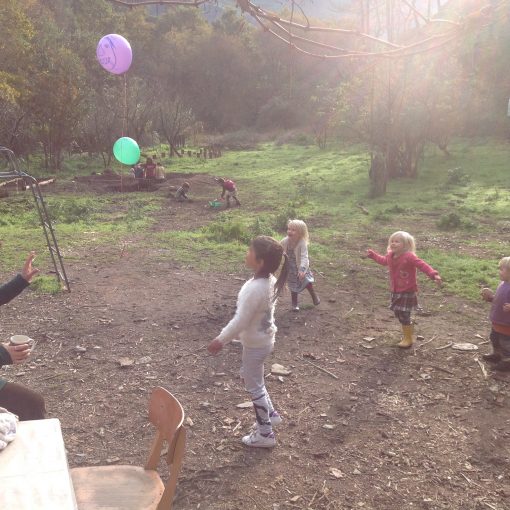 Well there’s been a lot of coughs and colds going around Folha Verde these last couple of weeks, but there’s still plenty […] 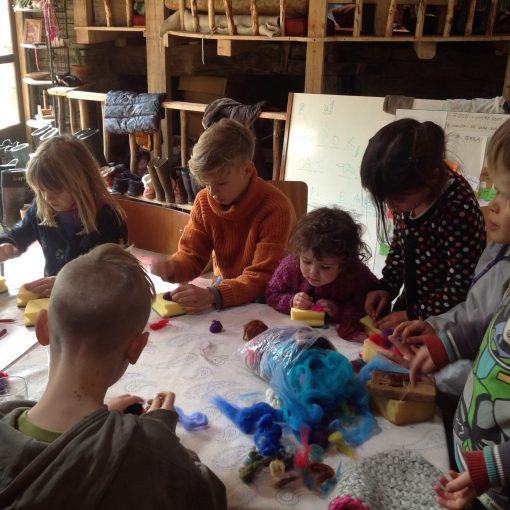 It’s been another magical week at Folha Verde, with all sorts of weird and wonderful things going on as usual. In ‘Jardim’ […] 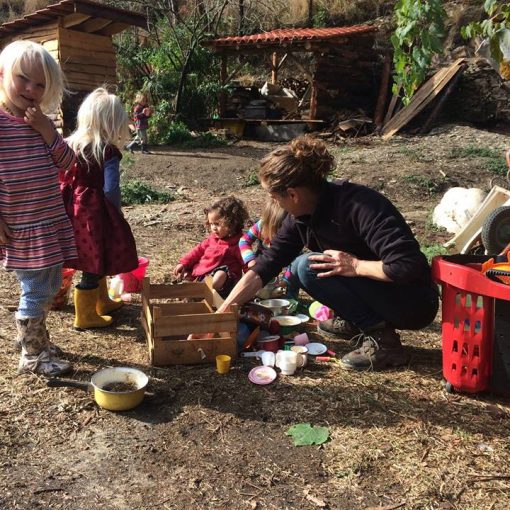 The changing face of the Lagar. Over the last few months the space has been gradually transformed into a beautiful community venue […] 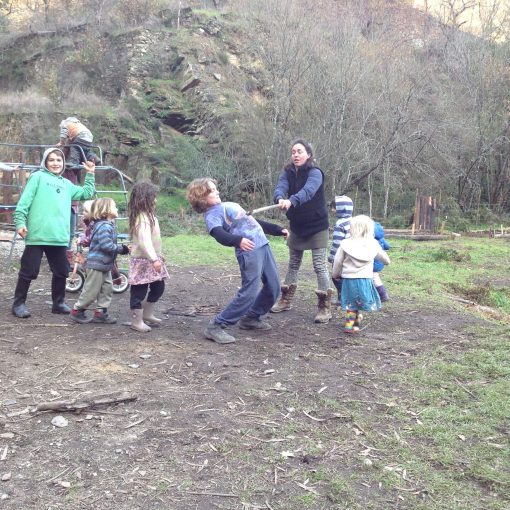